Rivalry between Creo, formerly Pro/ENGINEER (Pro/E) and SOLIDWORKS. As a senior consultant for PDSVISION I spend a lot of time with customers in the field. Historically, many of our existing customers are users of PTC Creo Elements/Direct Modeling, formerly known as CoCreate. This CAD System is a direct modeler that has been under PTC’s roof for several years. In conversation with customers you often come across other CAD systems, of course. Often, customers will tell old horror stories like how a parametric CAD is not able to function or, particularly for Creo Parametric, that it’s too complex and too difficult to use. The classic is, however, that a parametric CAD would not work for our products.

Now, of course, the question is where these stories and opinions come from, especially if they are users of a non-parametric CAD system? Most of the time, these points of view come from very experienced and veteran designers and that is no coincidence. Many of these engineers have been involved in construction since the 2D era of the CAD world and know 3D CAD systems from the early days. These opinions are clearly shaped by the rivalry between Creo, formerly Pro/ENGINEER (Pro/E) and SOLIDWORKS.

In this blog post I would like to explain to you where these “stories” come from and where we stand today. We will take a closer look at the eternal rivals PTC Creo Parametric and SOLIDWORKS of Dassault in 3 main points.

PTC was founded in 1985 by Dr. Samuel P. Geisberg. Back then, he had the first ideas for a parametric and feature-based CAD software. Pro/ENGINEER (now Creo Parametric) has been around since 1987 and was first introduced to the public in Detroit. Known then as Pro/ENGINEER and born into a world where the UNIX workstations of SUN, Apollo and however they were all called, with their computing power, graphics performance and storage space, were absolutely ridiculous.

For PTC, the main focus was always the performance and depth of the functions as it was built from the top down. Over time and in countless benchmarks Pro/E, temporarily called Wildfire, proved how good the function and the speed of the program is. This early, the focus on usability and user-friendliness of Pro/Engineer was only partially important. From this period of about 20 years originates the legendary reputation that Pro/E is difficult to use and learn.

1993 was the year of SOLIDWORKS’s foundation as a company. Its founder, Jon Hirschtick, wanted to develop a simple, Windows-based CAD that would also be cheap to purchase. In the early years, Hirschtick recruited several PTC employees, which ultimately laid the foundation for the eternal rivalry Pro/E / Creo vs. SOLIDWORKS. The “ease of use” is still the defining factor for SOLIDWORKS today. But this fact, too, comes at a cost. For a start, usability was bought by trading depth of functions like you would find in a high-end system. Additionally, there are performance and stability problems to this day, since from the beginning the focus was on simple operation and not on performance as in Pro/ENGINEER. I think every SOLIDWORKS user knows what is meant here.

If you’ve read up until here, I can understand if you say “Ok, but he works for a PTC partner”. True, but before I joined PDSVISION I worked in construction for about 10 years, 5 of which I worked in several companies with SOLIDWORKS in various thematic areas such as plastic, sheet metal or rotary parts.

Well, now the question is where do we stand today and how do I respond to my customers’ questions and the horror stories mentioned at the beginning?

PTC’s Creo Parametric is already available as version 7. Since Pro/E Wildfire was renamed Creo Parametric in 2011, PTC has worked massively on the overhaul of the user interface and usability. Creo is intuitive to use today without sacrificing functionality, robustness and performance.  We have a modern ribbon interface at our disposal that follows very strongly the philosophy of Microsoft Office. Graphic quality, too, is at the highest level. Like this, Creo Parametric natively supports 4K monitors and Windows DPI scaling. Buttons, font and 3D illustration are so sharply depicted that curves seem very organic and the times with circles in the staircase style belong to the past.

The result is less strain on the eyes and a more plastic experience when constructing. PTC has also integrated a lot of experience and technology from the previously mentioned Creo Elements/Direct Modelling into Creo Parametric. Thus, the “mini-toolbar” and the direct modelling from this program have been adopted. Both are great features that SOLIDWORKS can’t offer. All in one, today we get a Creo Parametric that has little to with Pro/E in terms of operation and is absolutely on par with SOLIDWORKS.

What about Creo Parametric’s performance today?

As mentioned above, Creo Parametric (formerly Pro/ENGINEER) has been developed for performance from the very beginning. That, of course, remains the case to this day. Creo Parametric 7.0 can easily handle very large assemblies without the need for an extra viewer. Let me give you a brief example. Let’s say we have an assembly with 1000 individual parts that has only one drawing. Now we are doubling the number to 2000 parts. In addition, we now produce 4 “bridges”, meaning 8 individual parts are connected. Then, we change the dimensions of 24 of the 2000 parts. We repeat this in Creo Parametric and in SOLIDWORKS. Reading this now, this doesn’t seem like a big deal, but SOLIDWORKS takes about 30 minutes just to save the assembly.

Creo takes about 4 minutes for the same operation. SOLIDWORKS takes about 5.5 times as long to update the drawing. All in all, Creo is about 3.5 times as fast as SOLIDWORKS when it comes to large assemblies. I should note that this is on the same hardware. In fact, this comparison isn’t fair.  SOLIDWORKS is the mid-range CAD product of Dassault and PTC Creo Parametric is a high-end CAD system. In the past, SOLIDWORKS was also about 80% cheaper than Creo. But that, too, has changed. The two systems now cost about the same per year even though Creo Parametric offers more capabilities.

The last big point I would like to address in this blog has, in my opinion, become even more important in recent years.

A significant part of my time I spend on presales, consulting and support of our customers regarding the topic data exchange between different CAD systems. Unfortunately, file compatibility between suppliers and manufacturers has influenced many purchasing decisions in the past. Native file formats and especially neutral CAD formats such as STEP or ACIS are problematic when it comes to exchanging them. This led to large firms and corporations often effectively demanding their suppliers provide data in “their” native format. In addition, many suppliers had to buy one or two licenses from Catia, SOLIDWORKS or Siemens NX, only to have to deal with, for them, “foreign” file formats. I would personally characterize data exchange as the No. 1 problem source in today’s very diverse CAD world. My thesis is also supported by the large number of CAD conversion programs that exist. Just google this topic, if you like.

With the introduction of UNITE technology, PTC has made life in a multi-CAD environment much easier. Files from most common CAD systems, such as Autodesk, CATIA, Siemens NX, SolidEdge and SOLIDWORKS, can be opened directly natively, since as early as 2014 and the version Creo 3.0. It’s not necessary to convert or translate these files. Simply download foreign formats directly into your assembly. You can even see directly on the symbols in the feature tree which part of your assembly comes from a different CAD system. Of course, this also works in the other direction. You can also export your Creo models to native foreign formats. However, often, the files are corrupted. This is often the case with STEP files. Creo Parametric supports you here, too, with great tools to repair the files. In general, however, Creo Parametric is very tolerant with errors in .stp files.

In the two screenshots below, you can see the import and an assembly with one SOLIDWORKS part and one Siemens NX part each.

As a former SOLIDWORKS Key user, I now clearly see PTC Creo Parametric, particularly with the brand-new version 7.0, as the better product. Besides its better performance and more depth and breadth in terms of functionality, there are many other topics, such as sheet metal, PLM connectivity or mechanical simulation where Creo clearly has an edge and about which I could have written here as well.

But my article is long enough, that’s why more to this at a later point in time.

If my lines have drawn your interest, I would be happy to show you Creo Parametric live. Just contact one of my sales colleagues. 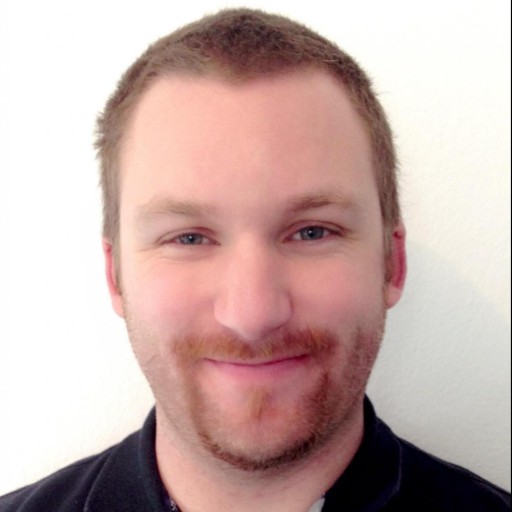